Value of tenant’s alterations to offices

The decision of the Upper Tribunal (Lands Chamber) in The Appeal of Jackson (VO) (2020) UKUT 0078 (LC) considers the value, for rating purposes, of rateable items of tenant’s alterations. This is an area of valuation where rating, which normally relies heavily upon rental evidence for guidance about values, has to make its own way, because most rents specifically exclude tenant’s alterations from rental value.

The appeal in this case related to an office building in Gresham Street in the City of London, which had only recently been considered by the Tribunal in the case of Avison Young v Jackson (VO) (2020) which we have reported on in these news pages. The latest appeal concerned the effect on value of the installation of an internal staircase linking two office floors. The ratepayer had contended that the floor area taken up by the staircase should be removed from its valuation, and hence the value reduced by the installation of the staircase, and the Valuation Tribunal had agreed with this. The Valuation Officer appealed against that decision, contending either that there should be an uplift to value based on the cost of installing the staircase, or, in the alternative, that the RV should remain the same, despite the smaller floor area, to reflect the improved access between the floors. The ratepayer did not respond to the Valuation Officer’s appeal, noting that it could not justify the costs of doings so, which meant that the Upper Tribunal heard evidence from the Valuation Officer only.

The occupier had installed an internal staircase between the second and third floors at a cost of about £164,000. The Valuation Officer contended that the Valuation Tribunal was wrong simply to reduce the assessment pro rata to the reduction in floor area, because the staircase must have been of value to the occupier, who had been willing to pay to install it. The Valuation Officer put forward two valuations, both based on the value of the net floor space after the installation of the staircase, and both subject to additions for the value of the staircase. The first approach was to add an addition equivalent to the amortised cost of installing the staircase plus the deferred cost of reinstating it at the end of the lease, and the second was to add a figure equivalent to the rental value of the space occupied by the staircase, an approach that was described as “value-neutral”.

The Tribunal considered that the cost-based approach failed to reflect the difference between the rating hypothesis, which requires the property to be valued as it actually exists on the assumption that it has been provided in that state by the hypothetical landlord. The works are not, therefore, a “tenant’s alteration” in the world of rating. The Valuation Officer’s first approach was, therefore, defective.

The Tribunal found that the fact that an actual occupier was prepared to incur costs to make the alterations did, nevertheless suggest that they had some value. Whilst there could be circumstances where alterations made by individual occupiers were so bespoke that they had no open market value; that was not the case here. The installation of such internal staircases was an increasingly common feature, but their impact on value would be more likely to be captured at future revaluations, rather than in circumstances such as these where the staircase had been retro-fitted. There was no evidence of what value might have been attributed to the staircase at the valuation date.

There was no evidence to show that, at the valuation date, such a facility would have enhanced value. But the Tribunal was satisfied that a hypothetical tenant would not pay less for the property with the staircase than without it. Accordingly, the Tribunal found that, in the circumstances of the case, a “value-neutral” approach was the correct one.

The Tribunal did, however, warn that this assumption should not be “stretched too far” and that the finding in this case could not simply be applied to all circumstances. This is an area where each case requires to be considered on its merits.

The Upper Tribunal’s decision applies a degree of common sense judgement to an area where, for very good reasons, market evidence is scarce, and the outcome sits well with this. The point made by the Tribunal that costs are, to a large extent irrelevant in the hypothetical world of rating is an important one. It will be interesting to see if next year’s revaluation, assuming it does go ahead, really does give evidence of how alterations, such as those considered in this case, affect market values. 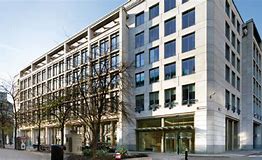