The decision of the High Court in Queen Street Properties Ltd and 18 Churchill Way Limited v Cardiff City Council [2022] EWHC 39 (Admin) concerns liability for empty rates in respect of two retail properties in Cardiff. The properties concerned were shops at 105-107 Queen Street Cardiff and 18 Churchill Way Cardiff, held under leases, respectively, by Queen Street Properties Ltd and 18 Churchill Way Ltd. The case for the appellants was that the first property was occupied by Parc Lane Restaurant Ltd, and the second property by CW18 Trading Ltd, in each case under what was described as a management agreement and licence. These two companies were both dissolved and struck off under the Companies Act 2006, which meant that the two companies were exempt from liability for empty rates. The case for the billing authority, Cardiff City Council, was that the purported licences were sham documents and that the occupation by the licencee companies was, in each case, simply a ruse to avoid liability for empty rates. All four companies concerned had only one director and shareholder, and that was the same person in the case of all four companies – by Queen Street Properties Ltd and 18 Churchill Way Ltd and Parc Lane Restaurant Ltd and CW18 Trading Ltd.

The High Court considered the approach to determining rateable occupation as set out in John Laing & Son Ltd v Assessment Committee for Kingswood Assessment Area [1949] and was satisfied that, on the basis of the evidence before him, the district judge had applied the law correctly and was entitled to conclude that, in each case, the appellant, rather than the purported licencee, was in actual occupation of the property concerned. The district judge had been entitled to focus his analysis on the terms of the licences, because these were the basis on which the appellants alleged that they were not in actual occupation, and had correctly acknowledged that actual occupation is a matter of fact which is to be determined in the light of the relevant factual circumstances, and is different from ownership and from the legal right to possession of particular premises. There was no error of law in the district judge’s findings in this respect.

The Court also reviewed the test to be applied in determining whether a transaction was a sham, as set out in Snook v London & West Riding Investments Ltd [1967], noting also that National Westminster Bank plc v Jones [2001] made clear that the application of this approach required surrounding circumstances, as well as the documents themselves, to be taken into consideration. The terms and form of the licences were clearly relevant to the question whether they were a sham, and the district judge was, therefore, entitled to take account of such matters. The district judge was also entitled to take account of his findings regarding rateable occupation and regarding actions taken by the appellants in relation to other companies and to the creation of other documents for the purpose of escaping liability to non-domestic rates, in determining whether the purported licence documents represented a sham.

The High Court’s judgment is yet another in a lengthening line of judgments regarding various different rates mitigation schemes. Recent judgments have found a number of these mitigation schemes based upon the exemption from empty rates afforded to insolvent businesses to be ineffective. The courts also appear to be increasingly willing to “look behind” documents that purport to part with possession of a property, to determine whether possession has genuinely been granted to another business, or whether the transaction exists solely for the purpose of avoiding empty rates liability. Whilst taxpayers are entitled to arrange their affairs in such a manner as to reduce liability to tax, to be effective for tax avoidance purposes a document must be effective to create genuine legal rights. Both billing authorities and those using rates mitigation schemes will be interested in this latest judgment. 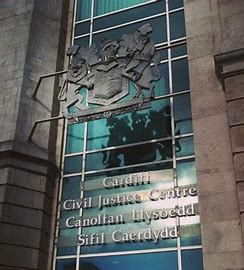