The 2018 Act was a response to the decision of the UK Supreme Court in Woolway (VO) v Mazars LLP [2015]. Prior to that decision, units of property that were contiguous to one another, but which did not directly intercommunicate with one another (such as adjoining floors in an office building which intercommunicated only via the common parts of the building) were, nevertheless treated as a single hereditament for the purposes of non-domestic rating. The effect of the Supreme Court’s decision in that case was that this was incorrect and such units of property, if they did not directly intercommunicate with one another, should be treated as separate hereditaments. Following the decision, some hereditaments, which had previously be one, were split into more than one, sometimes with significant retrospective changes to rate liabilities.

The 2018 Act was introduced to allow those changes to be reversed in the case of properties that were contiguous, and in the same occupation, but which did not directly intercommunicate. Following the passing of the Act, amendments were introduced to the regulations relating to business rates appeals, which allowed appeals to be made to alter assessments in the 2010 rating lists  “as a result of the coming into force” of the provisions of the Act. Such appeals were permitted to be made during the 2019 calendar year, at a time when, ordinarily, the 2010 rating lists were closed and no appeals could be made.

A number of businesses took advantage of the change in the appeal regulations, and made business rates appeals in respect of the 2010 rating lists during 2019. Amongst these were Libra Textiles, which made appeals seeking to merge the rating assessment of its Boundary Mill Stores (BMS) at Colne, Lancashire, with the assessment of a fish and chip restaurant, known as Banny’s Ltd, on the site; and Centric Assets Ltd, which made appeals seeking to merge the assessments of industrial units forming part of the site of a printing works in Portsmouth, Hampshire. The rating assessments that were the subject of the appeals made by these two companies had not actually been altered as a result of the Supreme Court’s decision in Woolway (VO) v Mazars LLP, but the two companies nevertheless used the reopening of the window for appeals in the 2010 rating list to seek to merge the assessments concerned.

Because these were cases where the assessments that were the subject of appeals had not, in fact, been altered as a result of the Supreme Court’s decision, the Valuation Officer contended that the proposals now made against those assessments were made out of time, and that those proposals were invalid. The ratepayers appealed to the Valuation Tribunal for England (VTE) against the Valuation Officer’s refusal to accept their appeals. However the VTE supported the Valuation Officer’s position and determined that the appeals had been made out of time. The ratepayers appealed to the Upper Tribunal (Lands Chamber) against the VTE’s decisions and those appeals were conjoined and that together by the Upper Tribunal.

The first issue for determination by the Upper Tribunal was whether, in fact, the fish and chip restaurant and the Boundary Mill Stores property at Colne were actually in common rateable occupation, and were therefore properties that fell within the ambit of the 2018 Act. The Tribunal found that, whilst BMS could not do anything else in the part of the premises occupied by the fish and chip restaurant, “the fish and chip restaurant is an integral part of BMS’ operation, and the restaurant business is under the tight control”. Having made this finding, and, in the light of the Supreme Court decision in Cardtronics UK Limited v Sykes (VO), reported elsewhere in these news pages, the Upper Tribunal found that both the shop and the restaurant were the same rateable occupation and therefore fell within the ambit of the regulations. This being the case, the only question in in both cases was whether the appeals had been made out of time.

In that case, the Valuation Officer contended that the appeals concerned were not made “as a result of the coming into force” of the new provisions. The Valuation Officer contended that such an appeal is one that could not have been successfully made during the lifetime of the 2010 rating list, and is only made possible by the coming into force of the amendments. In the facts of these cases such appeals could have been made at any time during the life of the 2010 rating lists and, accordingly, the appeals now made were ones which did not fall within the class of appeals allowed to be made out of time.

The Tribunal found it helpful to consider the explanatory memorandum attached to the 2018 Act, and concluded from this that only ratepayers who were affected by the change in the law can re-open the 2010 list. The Tribunal was satisfied that the ratepayers in these cases were not so affected and, accordingly, their appeals were not ones that were enabled by the new regulations and were, therefore, made out of time. The ratepayers’ appeals were dismissed.

The Tribunal’s decision will affect a relatively small number of appeals made against 2010 rating lists as a result of the change in the regulations following the 2018 Act, and its effect will be that a number of those appeals will be considered to have been made out of time and will, therefore, be ineffective. Whilst accepting that a more limited interpretation of the 2018 regulations might cause difficulty in some borderline cases, the Tribunal was clearly anxious not to open the way to what it described as “serendipitous applications that were not intended to benefit”. It may be that, in 2020, we are finally seeing the end of the 2010 rating lists – something which is itself a commentary on the complexity of the non-domestic rating system. 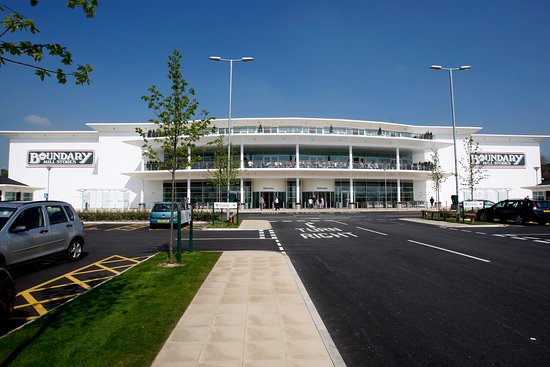