No right of appeal to Upper Tribunal

The decision of the Upper Tribunal (Lands Chamber) in The Appeal of Wall and Wall (2020) UKUT 0166 (LC) concerned the procedure for appeals against, and applications for review of, decisions of the Valuation Tribunal for England (VTE).

As well as requesting that the VTE review its decision, the ratepayer made a new proposal against the rating list alteration resulting from the original VTE decision. This proposal was accepted by the Valuation Officer as a valid one, but it was made against an alteration to the rating list that was, itself, a decision of the VTE. When this later proposal was eventually listed for hearing by the VTE, in 2019, it became apparent that it was a proposal made against a VTE decision and that, the VTE had no means, other than by way of a review, to reconsider its own decisions. This later proposal was, therefore withdrawn.

After withdrawing this later proposal, the ratepayer made a further application for a review of the original VTE decision from 2012. That application for review was refused by the VTE on the grounds that the time limit for the making of such applications is 28 days from the date of the decision concerned, and the application was made more than seven years after the VTE decision. The review process could not be used to make a late challenge against a decision that had not been challenged by an appeal at the time.

As the matter was, strictly speaking, not an appeal to the Upper Tribunal, there was no power to remit it to the VTE for reconsideration. But the Upper Tribunal did note that the ratepayer’s original application for review, made in 2012, had never formally been determined by the VTE, and suggested that application should now be determined “on its merits”. 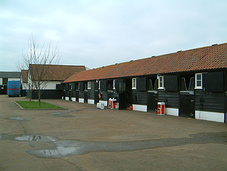