The judgment of the Court of Appeal in Secretary of State for Business Energy and Industrial Strategy v PAG Asset Preservation Ltd and MB Vacant Property Solutions Ltd (2020) EWCA Civ 1017, is the latest round in a series of disputes relating to schemes designed to avoid liability for non-domestic rates, particularly empty property rates. We have commented on these cases, and on the earlier stages of this litigation, in these news pages previously.

The respondents in these cases ran schemes which sought to avoid liability for empty property rates by taking advantage of the exemption from empty rates granted to insolvent businesses. Under these schemes business rates were avoided by the landlord leasing its empty commercial property to a special purpose vehicle company (“SPV”) which became liable for business rates in respect of the property. The SPV was then placed into members’ voluntary liquidation (“MVL”) with the effect that it was relieved of liability to pay business rates on the property concerned.

Companies operating earlier similar schemes had been the subject of orders for compulsory winding up, as being against the public interest, but the schemes operated by the companies in these cases included an important amendment from the earlier schemes, which was provision for a “determination premium”, payable from the landlord of the property to the SPV in the event of early determination of the lease by the landlord. The consequence of the determination premium was that the liquidator would not only be justified in, but positively required, all things being equal, not to disclaim the lease and instead to maintain the MVL in being for the duration of lease so as not to lose the opportunity of receiving the crystallised contingent asset represented by the determination premium should the landlord exercise his right of determination.

The Secretary of State appealed to the Court of Appeal against the decision of the High Court, arguing that the new scheme, and the elements of it, are an artificial construct designed merely to distinguish it from the earlier version and that, because of this, the High Court had been wrong to refuse compulsory winding up of the companies operating the schemes. The respondents submitted that the High Court had been correct to distinguish the schemes and to refuse to order their compulsory winding up.

The Court of Appeal noted that it is “not possible to find that National Non-Domestic Rate (business rate) avoidance or mitigation schemes are contrary to the public interest”, and that there is no basis on which to suggest that “a transaction should not be regarded as genuine, or a scheme should be considered to be contrary to the public interest, on the grounds that their effects might be considered by some to be socially reprehensible”. The High Court had been correct to distinguish between the current schemes and the earlier ones and was entitled to conclude that there was no justification for compulsory winding up of the businesses operating the schemes. The Court of Appeal dismissed the appeals made by the Secretary of State.

This latest case is one of a number where challenges by central and local government to business rates mitigation schemes have been unsuccessful. The question that government might now profitably consider, is whether there is something wrong with a system that encourages businesses to put so much effort, and ingenuity, into business rates avoidance. Since empty rate liability for most properties was doubled, in 2008, avoidance schemes have proliferated. Most property owners are willing to make some financial contribution to local government, even in respect of vacant properties. But the requirement to pay the same as an occupied property has encouraged owners of vacant properties to use avoidance schemes such as those operating in these cases. We hope that the government will consider this as part of its current review of business rates. 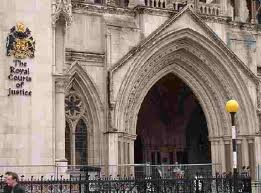