The decision of the Upper Tribunal (Lands Chamber) in Ricketts (VO) v Cyxtera Technology UK Ltd [2021] UKUT 0265 (LC) is concerned with space in data halls at a computer centre in Ajax Avenue, Slough. The data centre had been developed gradually over a period of years from two adjoining properties, known as 630 and 631 Ajax Avenue, that had originally been instructed as warehouses. The ratepayer took a lease of the first of these properties (630) in 2007, and the second (631) in 2013. The valuation officer made a series of alterations to the rating list bringing different parts of the property into assessment as they were completed. The ratepayer appealed against the valuation officer’s alterations and those appeals had been heard by the Valuation Tribunal for England (VTE), which determined that the data hall space should not form part of the hereditament until it was adapted for use by the ratepayer’s customers. The valuation officer appealed to the Upper Tribunal against the VTE’s decision.

The appeal property was a data centre, described as being “a dedicated space which is used to house computer and networking systems, equipment and associated components”. The accommodation within the data centre consisted of large data halls, together with office space and machine rooms, and outside yards, where generators, chillers and transformers were installed. The data halls were developed from space, described as “fallow space”, within the original warehouse buildings and were converted to “white space” by the installation of raised floors, and suspended ceilings, together with the Power Distribution Units (“PDU”) and the Computer Room Air Handling Units (“CRAH”). The entire data hall initially comprised white space before any customers are installed; the installation of the raised floor and ceiling ensured that work generating dust was finished before customers’ IT equipment arrived. The air conditioning was in operation, as was the security system. Parts of a data hall remained white space until the hall was full of customers’ equipment. As space within the data hall is licensed to customers, further work was carried out to install the customer’s equipment, to provide power to that equipment, and to connect it to incoming data cables via a node room.

In respect of the first of three material days, the appellant valuation officer contended that the white space in the data halls was ready for occupation by the ratepayer as a provider of data hall space on a retail co-location model. The appellant contended that this was analogous to the telephone exchange that was the subject of the decision in Post Office v Nottingham City Council [1976] 1 WLR 624. The respondent’s contention in respect of the first three material days was that

the white space was incapable of beneficial occupation as a data centre because it was not ready for customers. Work was needed to get it into that state of readiness, and that work was not de minimis. The work of adaptation was “required for the data halls to be used by clients or at all as data halls”. The respondent contended that this was analogous to the office properties that were the subject of the decision in Porter (VO) v Trustees of Gladman SIPPS [2011] UKUT 204 (LC).

The Tribunal found that the respondent ratepayer “not only provides but also operates, actively maintains and constantly adapts the space in its data halls” and, as a consequence, was in rateable occupation of the white space in the data halls. The valuation officer’s appeals in respect of the first three material days were, therefore, allowed. As rateable values in the alternative had been agreed between the parties, the values for the first three material days were the agreed ones being, respectively, rateable value £685,000 at 1 April 2010 and 22 July 2010, and rateable value £1,220,000 at 30 September 2010.

In respect of the fourth material day, the respondent valuation officer’s pleaded case was that the assessment should be rateable value £1,880,000, at 13 March 2013, including data hall space and other space at 631 Ajax Avenue. At the hearing, the respondent valuation officer accepted that 631 could not form part of the hereditament at the material day of 13 March 2013 because, at that date, the property was still in the hands of contractors and had not yet reached practical completion. Instead, at the hearing, the respondent valuation officer asked the Tribunal to determine a rateable value of £1,880,000 from an alternative effective date, using the Tribunal’s powers under regulation 38(7) of the Valuation Tribunal for England (Council Tax and Rating Appeals) (Procedure) Regulations 2009. This provision is generally used in situations where an alteration is required because building works have rendered the hereditament incapable of beneficial occupation, but later come to an end. Under this power, an order by the Tribunal can therefore reflect the duration of the building works.

The appellant valuation officer contended that this power was applicable to the present case because the circumstances giving rise to the alteration, namely that 631 was incomplete, had ceased to exist. The respondent ratepayer contended that this power did not extend to the present case because the alteration made to the rating list from 13 March 2013 was the result of a mistake, and that was a circumstance which had not changed.

The Tribunal was not convinced by the respondent ratepayer’s contention but, even if it did have jurisdiction to make the order sought by the appellant valuation officer, it declined to do so in this case for two reasons. The first reason was that the alteration now sought by the valuation officer was not pleaded by the appellant, and no application had been made to amend the pleadings. Secondly, there was no valuation evidence before the Tribunal relating to the new effective date suggested by the appellant. The tribunal declined to “use our expertise to indulge in guesswork”. Accordingly, the valuation officers appeal in respect of the fourth material day was dismissed and the rateable value determined at £1,220,000 as contended by the respondent. 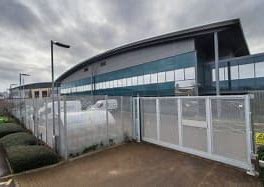